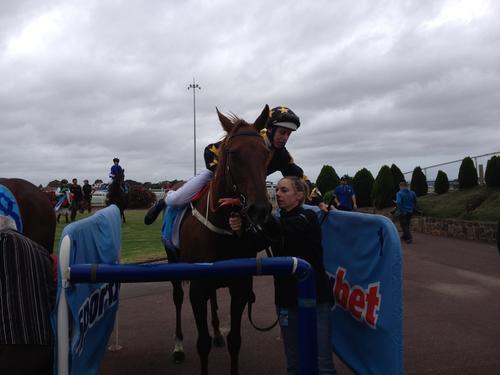 The Zupaones are on fire adding to the stallion's winning progeny was the lovely filly ZUPBERB by Zupaone from EARLY BIRD.  At Geelong yesterday she beat home a very handy field in only her second race start after placing 2nd at her first start. Trained by Matt Laurie and ridden perfectly by Damian Lane this filly has a future.

Look up your stats on the progeny of ZUPAONE (Group 3 winning son of Flying Spur from Group 1 winner herself SHIZU) and you may be surprised at his strike rate from small crops at stud.

Still standing for only $3,500 and the stallion you would send your best mare to and win races with, that's the name of the game "WINNING"

And a Super Vobis and Vobis qualified stallion to add to your winnings.