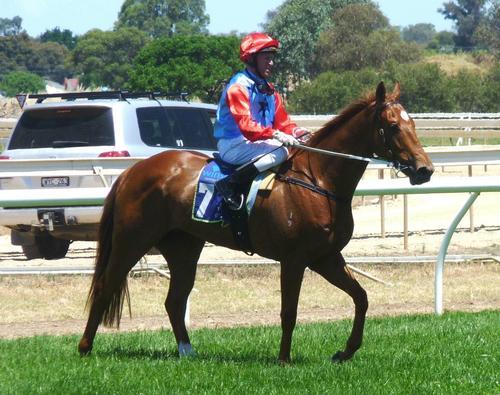 Time is paying off for the progeny of ZUPAONE by waiting to their 3 year old year to race. It has been a long wait for the owners and supporters of Zupaone but the rewards are starting to roll in now.

Today at Wangaratta 3 year old ZUPACHARGED by Zupaone from Vigne Vierge had his first race start and ran a very good 2nd over 1000 m ridden by D. Smith.

To date Zupaone has only had 4 starters from his first crop to race, of these 3 first time starters, 1 has won and now 2 have placed all at their first race start.

ZUPAONE by Flying Spur from the Group 1 winning mare SHIZU (NZ) stands at Rangal Stud Park Stud this season for $5,500 you can still send a mare and I will do special deals at end of season prices if you book in now.