PASSING OF A CHAMPION - DURBRIDGE 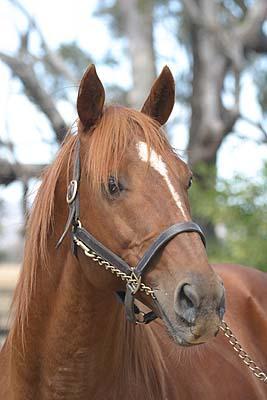 The word champion is used very loosely these days and horses are often deemed a champion after one or two Group One wins.

A champion racehorse is one who consistently performs at Group 1,2,3 level and Listed, year after year and races against the best of the best in all races, not just a few soft wins over lesser talent on the day, this may well be a very good racehorse, but should we call it a champion?

Such a horse was Durbridge a winner of 6 Group 1 races, 8 Group 2 races and Group 3 and Listed races. He not only won these races but came back the following year and either won these races again or placed in them e.g. Winning the Group 1 Queen Elizabeth Stakes at Randwick then running 2nd in it. He twice won the VRC Blamey Stakes Group 2 in subsequent years and twice won the VATC St George States Group 2 in subsequent years. He has won the Group 1 Australian Cup at Flemington and also ran 4th in the same race. An AJC Group 1 Derby at Randwick was also added to his tally, which also included the VRC Group 1 Australian Cup, Group 1 AJC George Main Stakes, BATC Doomben Cup Group 1, VATC C.F. ORR stakes Group 1. His Group 2 wins also included the STC Tulloch Stakes at Rosehill, VATC Sandown Guineas at Caulfield, VRC Craiglee Stakes at Flemington. The list is endless and goes on and on of his wins and placings all in top company of the era.

Born on 21st September 1987 in South Australia Durbridge was the 7th foal of his dam, Arcona, a city winning mare by the immortal Summer Fair who himself was no slouch on the track and also an AJC Derby winner and wonderful sire, Durbridge was by Durham Ranger a 7 times winner, Listed and Group 3 placed stallion by the legendary Noholme. Barely 15.3 hands and a copper chestnut Durbridge would not have caught your eye on breeding at a sale, I am told though he was an exceptional type as a yearling, he stood out in the paddock. He still does.

Durbridge started his racing career at 2 years of age by finishing 3rd in his first start at Victoria Park, then won next up at Morphettville, he then ran 3rd in a Group 4 at Morphettville. In his first 22 starts he was in the money 19 times. He was trained at the time by Brian Murphy a former trotting trainer and owned by Brian's brother Kevin a bookmaker.

Durbridge raced against and conquered horses of the calibre of Mahogany, Paris Lane, Triscay, Dr Grace, Canny Lad, Brave Warrior, Station Hand, Soho Square, Blevic, Subzero, Shiva's Revenge and the list goes on. All these horses were true champions of their era.

If you talk weight for age champions then Durbridge was one of the best carrying weights of around 63 kilos, which no horse has to run with today.

People call outstanding racehorses FREAKS I don't know if that is the correct terminology for a horse with guts and the will to win, do we call our most successful business men and women freaks, when they make it to the top, no, they get there because they have earned the right to do so.

When they talk Hall Of Fame Racehorses I cannot understand why Durbridge is not up there with other nominations, surely he deserves some recognition for 5 years of consistent racing at Group level.

Durbridge was bred to win the AJC Derby, with a family line that has produced 5 AJC Derby winners to date, it was no accident that he had the goods to deliver in that race.

He could also run clockwise and anti clockwise without any problems, not like a lot of horses who can only race and win one way. He raced in South Australia, Victoria, NSW and Qld and was often transported in floats, and unusual types of containers on planes which never worried him. As Brian Murphy said he was dragged around the country in whatever was available at the time.

Although Durbridge never produced a horse near as good as himself, which often happens, if you check his female line you will find in the second dam line Countess Marizza, dam of Rose of Marizza dam of the current very good mare in Princess Marizza.

A few of the old faithful race callers still mention his name when the big races are on, which he had won, and it makes me happy to think that this wonderful horse is still in the memory of people who really know champions.

Durbridge is in tip top condition stll and is rising 23, he has retired and now lives quietly with his former strapper looking after him in Victoria. He has been a wonderful horse, a great companion to us at Hollylodge, we were so lucky to have a racehorse of his calibre on our stud, he will always be a champion in our eyes even if he never gets the recognition he truly deserves in the record books.

If you go to our website and look under the Gallery photos you will find him there.

This story was originally written by myself a couple of years ago and published. Durbridge passed away at 25 years of age on 25th Oct 2012 in the arms of his keeper.

We will miss him greatly