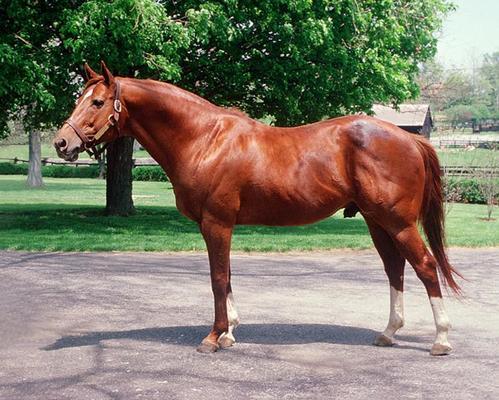 There is little doubt that Secretariat is the greatest racehorse in American history, Do you think his world record time of 2.24 flat in the Belmont Stakes will ever be broken?

Not unless they have wings ...There are two records that Secretariat achieved that I hope and expect will never be broken,his Belmont record and his Derby record. There are brilliant horses being bred today and few of them have the bone and soundness that Secretariat possessed. That, plus his unusually large heart, enabled him to run freely to establish his speed records. He was not hampered by physical shortcomings, whim allowed him to run for the joy of it in the Belmont. He also won the Man of War Stakes on Turf as he pleased and established a grass record on the turf at Belmont that I think still stands.

When did you get the first hint that Secretariat was someone special? What do you have to say about his performance as a stallion?

Secretariat emerged as someone special in his first stakes victory. He always broke slowly, Ronnie told me he needed time to get his big rear end in gear. So he had an added challenge of making up that lost ground. I notice that he chose different points in a race to make his move and I always felt it was his decision, not Ronnie's, as I don't think you can urge a horse to make those explosive moves. As a stallion, Secretariat could only pass his large heart to his daughters, it's on the X chromosome, and so their performance in the stud exceeded that of his colts. His daughters were terrific broodmares.

http://youtu.be/cS4f6wiQJh4 (to view his Belmont win)